Browse current homes for sale in Riverland, Fort Lauderdale, FL. Can't find a home that fits your needs? Try our Advanced MLS search. You can easily filter properties by location, price, amenities, and more to find exactly what you're looking for.

Learn about Homes for sale in Riverland, Fort Lauderdale, FL

Riverland is dear to my heart, as I grew up in this neighborhood. Known by some as the "Coconut Grove of Fort Lauderdale," 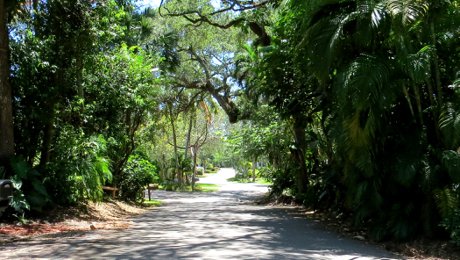 Riverland is one of the most unique areas you'll find in Broward County. Just 10 minutes from downtown and the Fort Lauderdale/Hollywood International Airport (FLL), Riverland has a country feel to it, with an abundance of trees lining it's streets. It really is a hidden gem, as many people don't even know this area exists and are quite surprised when they discover it.

Riverland is not one of those "cookie-cutter" neighborhoods where each home looks the same. Here you'll see anything from houses situated on acreage - to 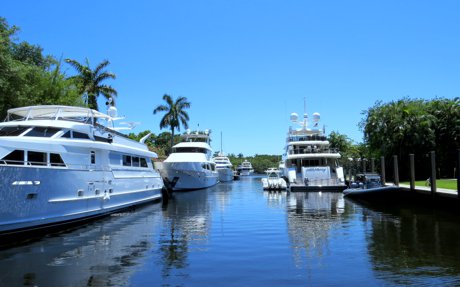 waterfront homes on ocean access canals - to small, quaint little starter homes. Houses in this area range from the $300's to over $2M.

Parks in the neighborhood include Riverland Woods with a boat ramp, so you can set off for a fun day on the New River. The New River leads to the Intracoastal Waterway and out to the ocean. Dogs are allowed on leash here and there's a nice little sidewalk and playground nestled under the trees.

People's Civic Park has a pavillion, playground and walking path. It's located at the bend on the west end of Riverland Road, before 441.

Heading east, where Riverland Road turns from East-West to North-South, lies a beautiful 5 acre parcel of land with an old Florida ranch style home. 1681 Riverland Road. This is our new park, Riverland Preserve. The home was owned for years by the Enzenbacher family. Built in 1952, Jean Enzenbacher sold the home to the Kidwells in 1991. The Kidwells sold to Robert Black in 2006, who came very close to selling the property to a developer who wanted to build 13 homes on the property. These 5 acres are home to 200 year old live oak trees, protected owls, birds and other native species. Neighbors got together and formed the Riverland Preservation Society, with the goal of maintaining and preserving the area for generations to come. They went to Commissioner meetings and over the course of a couple years, managed to convince the city of Fort Lauderdale to purchase the land for a green park. The City of Fort Lauderdale purchased the land on October 31, 2017 for $2.2M.

Other communities making up the Riverland area include Lauderdale Isles, River Lands, River Landings, Riverland Manors, Riverland Village, Fairfax, Flamingo Park, New River Groves, Riverland Homesites, Oak River and a few other small neighborhoods. If you're looking for a great neighborhood that's close to the city - yet has the charm of living in the country, you might want to check out this area. I've lived in this area nearly all my life, so please give me a call at 954-557-7036 or email debbie@SouthFLHomes.com if you're thinking of making a move!

View All Homes For Sale in Fort Lauderdale, FL >>>

One of a Kind Hacienda style home in secluded area of Riverland surrounded by nature. This 3,700 sq ft house features a court yard entrance, 5 bedrooms and 4 baths. On th...