Homes For Sale In Hollywood, FL

Browse current homes for sale in Hollywood, FL. Can't find a home that fits your needs? Try our Advanced MLS search. You can easily filter properties by location, price, amenities, and more to find exactly what you're looking for.

Explore homes for sale in Hollywood with our interactive MLS Map

Learn about homes for sale in Hollywood, FL

Our City of Hollywood isn't as well known as Hollywood, California, but overall, the prices are a lot more affordable! Located in south-eastern Broward County, Hollywood is located approximately 10 miles south of Fort Lauderdale and 20 miles north of downtown Miami.

Hollywood was founded in 1925 by Joseph Young (think Young Circle), hoping to create another venue for motion pictures. Unfortunately the hurricane of 1926 which was equivalent to a category 4 storm, destroyed most of the city he had begun to build. With the Great Depression and the Labor Day Hurricane of 1935, Hollywood had a rough start.

In 1948 the International Airport opened and the city took off from there. In 1957 the Seminole Tribe of Florida gained official recognition by the Federal Government and made Hollywood their headquarters. The Diplomat Hotel opened and celebrities such as Bing Crosby, Woody Allen, Harry Truman, Bob Hope & Ronald Reagan visited the hotel.

Today Hollywood has a beautiful downtown area and Jimmy Buffet recently opened one of his Margaritaville Resorts along Hollywood Beach. The Hard Rock Hotel and Casino Hollywood is also located here.

There's a wide range of neighborhoods and prices in Hollywood, so anyone should be able to find something they like! 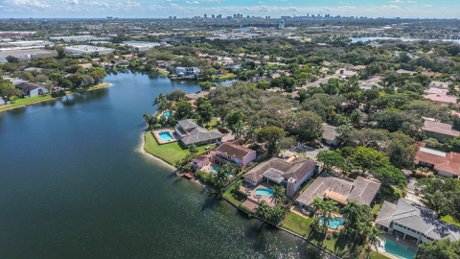 The Preserve at Emerald Hills is a new development of 4000 sq. ft. estate homes ranging from $1 million - $1.5 million. Hollywood Lakes features older historical homes built anywhere from 1925 up to modern times. There are no cookie-cutter homes here, as the architecture varies greatly! Prices range from $500k to $5 million. Hollywood Hills prices range anywhere from the $300k range up to $2 million, and Emerald Hills prices start around $500k and go up to $2 million.

Banyon Oakbridge, Oakridge and Mapleridge are located between 441 and I-95 and have homes for sale from the mid $300's to the $400's, and there are homes in that price range in the Rock Creek area, which is located in western Hollywood. East Lake & West Lake Village are both east of US1 and have homes in the $400k range. Townhome communities throughout Hollywood range in price from $150k to over $1 million.

There are many homes built in the 1950's & 60's in communities such as Boulevard Heights, Driftwood and Linwood Gardens that are affordable and priced under $250k. Condos range in price from 1 bedroom units in 55+ communities for $50k up to ocean view condos for millions.

I'd love to help if you're looking to make a move in Hollywood, so please explore, run some searches and give me a call at 954-557-7036 or email me if you'd like to see some homes!

Jump back to Hollywood Homes Listings >>>

Homes for sale in Hollywood, FL

Located in a fantastic neighborhood in the Breezy Manor Subdivision, this home is conveniently close to Hospitals, dining, and entertainment options. It's also just minut...

A must see!!! More details to come.

A must see!!! More details to come.

ALL AGE BUILDING! CHARMING 1 BEDROOM 1.5 BATH WITH LOVELY VIEWS OF THE GARDEN AND WALKING PATH. SPACIOUS UNIT WITH CLOSETS GALORE. WINNING VIEWS FROM YOUR BALCONY. ST...

You have found it! The perfect corner expanded Brookstream townhome model, with extra sunroom on the ground floor & sitting area in primary bedroom. Fenced yard with beau...

Just bring your suitcase!!! Move in to a beautiful furnished 2B condo in a serene location with fabulous open view of nature in a green backyard with pool. Newly done, i...

Why buy a 70-year-old house that needs a ton of work, when you can purchase a beautiful corner lot with mature trees, and build yourself a dream house, for less than what...

INVESTMENT OPPORTUNITY IN HOLLYWOOD! SPACIOUS ONE BEDROOM ONE BATHROOM. MINUTES TO I-95, BEACH, AIRPORT CASINO AND SHOPS. THE UNIT WILL NEED UPGRADING. PRICED TO SELL. T... 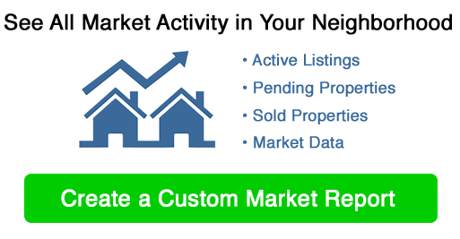